With the opening ceremonies of the 2014 winter games on tonight, we thought we would throw a party! Well not literally, but we did want to show you some amazing Olympic parties today. These parties are filled with lovely ideas and inspiration and definitely easy to put together. All you need is  a couple desserts and some drinks and you are golden. One of our favorite details that we spotted in these parties is all of the use of the world flags. We have seen lovely things spotted up everywhere like world flag cookies, world flag banners and world flag cupcake toppers! Of course there are some lovely Olympic medal details too that have made their way into backdrops, plates and even treats! Let’s kick of the Olympic games with these  lovely parties filled with some serious eye candy! 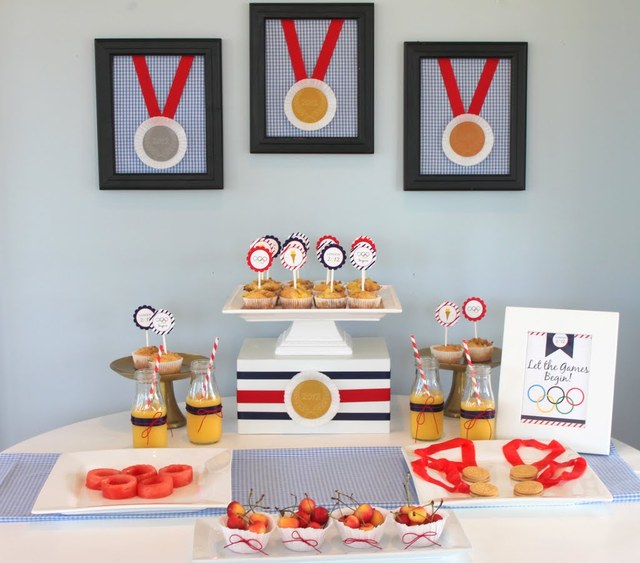 {We love the colors and the medals at this Olympic party from Deanna T.  on Catch My Party. The let the games begin sign is amazing too.} 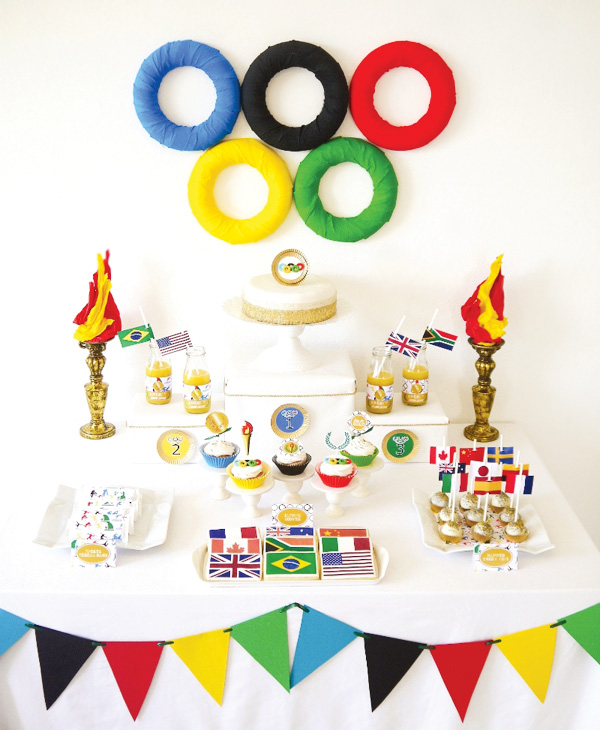 {This amazing table from Bird’s Party on HWTM is our absolute favorite! Those flag cookies are seriously lovely!} 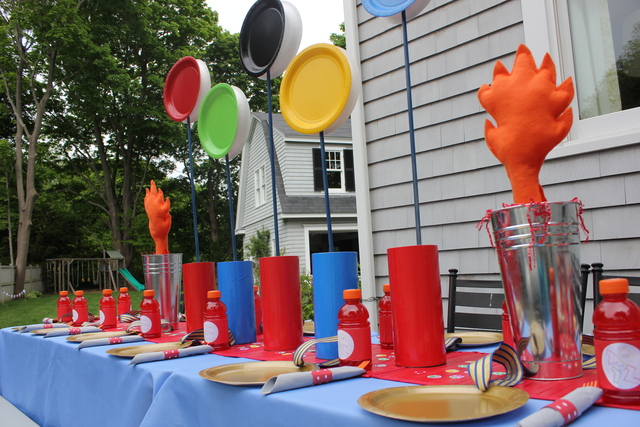 {We adore all of these DIY details at this Olympic Party from Dot and Dash. Best detail of all? Gold medal plates!} 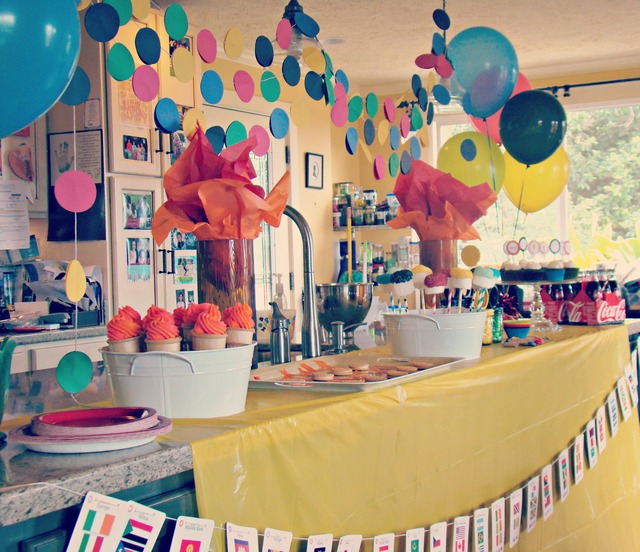 {This is a fabulous  spread for an Olympic party from Kate T. on Catch My Party! Did you catch those torch cone treats?!} 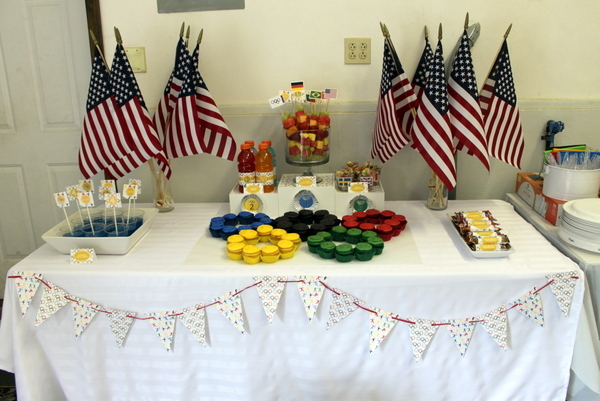 {We love the Olympic flag banner and the colored cupcakes on at this dessert table from Jenny D. on Catch My Party.} 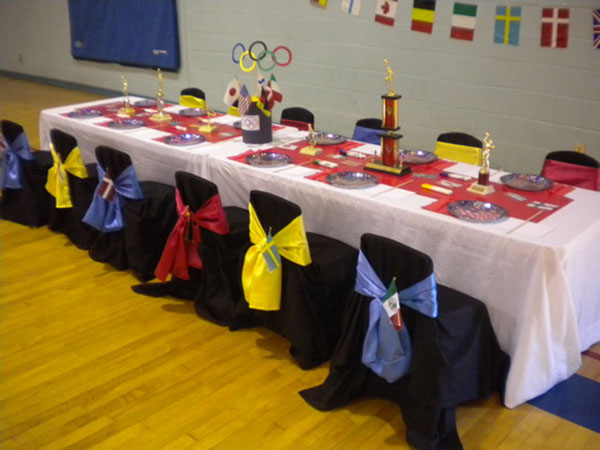 {What a fabulous Olympic guest table from Teacups and Trucks! The chairs with the world flags are just amazing!} 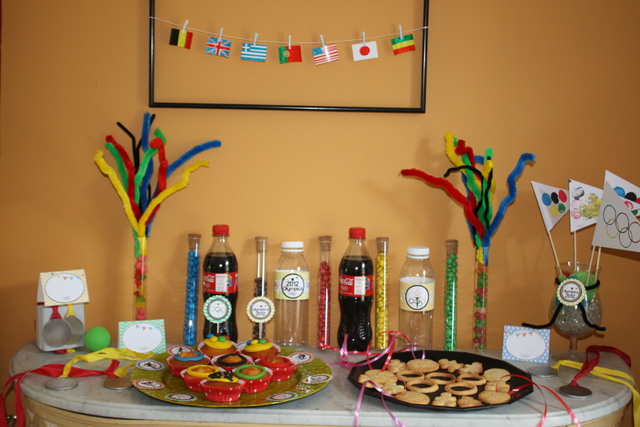 {We love the little work flag banner and the cookies at this Olympic party from Nos J. O on Catch  My Party.} 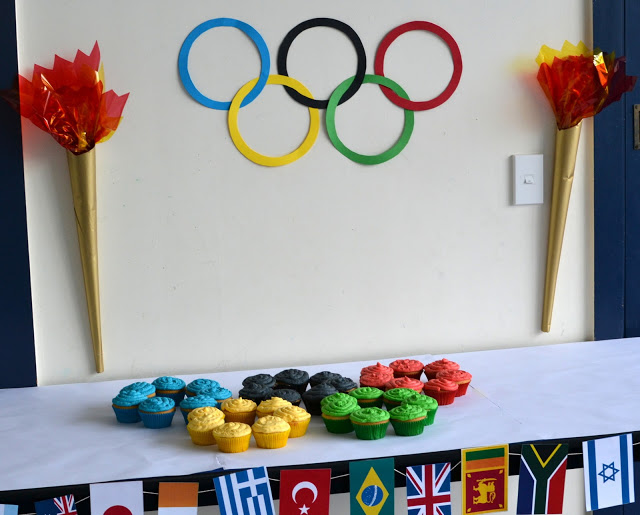 {A little can go long way and this Olympic table with just cupcakes and darling DIY torches definitely shows that from The Adventures of MNMs!

Baptism And Christening Parties We Love!